An inter-edition of the international CoFestival was held in October 2014 in two locations: Kino Šiška and Poligon.

Although in a preparatory year, CoFestival hosted the theatre piece A Tomb for Boris Davidovich by the great writer Danilo Kiš, one of the most controversial works in Jugoslav literature. The first performance in Slovenia as directed by Ivica Buljan was carried out on 18 October in co-production with Mini teater. 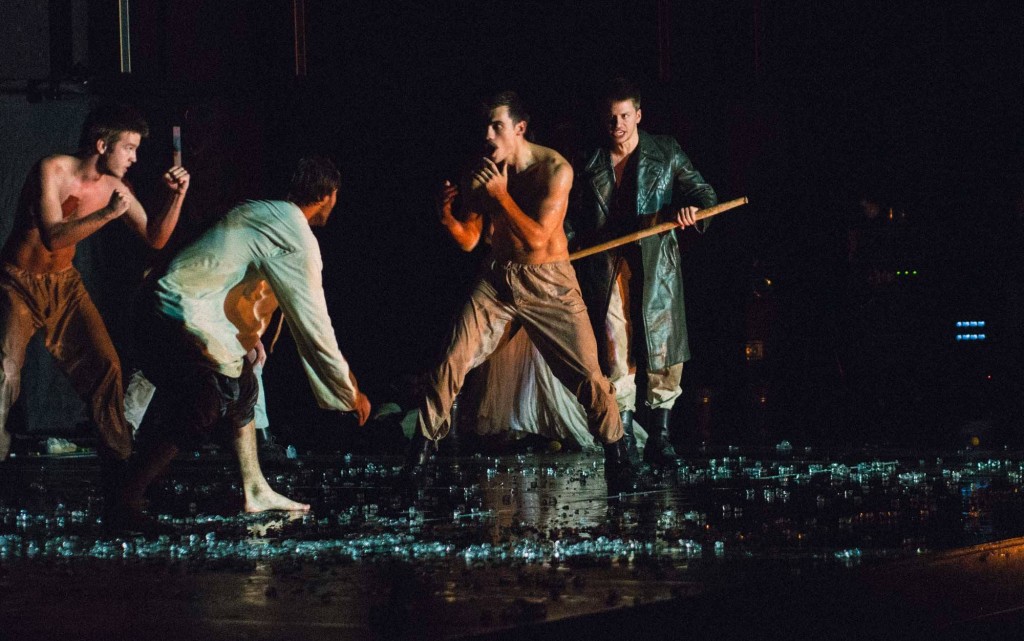 In Poligon Creative Centre, the workshop and performance project Poligon in Poligon was put into practice in co-production with Nomad Dance Academy Slovenija, Stanico – servis za savremeni ples and Bitef teatar, Beograd. This research project was developed by: Dušan Broćić, Bojan Đorđev, Siniša Ilić, Jana Jevtović, Dragana Jovović, Maja Mirković, Katarina Popović and Ljiljana Tasić in cooperation with local artists: Jana Božič, Ivo Tratnik, Simon Macuh, Ines Šimunić and Jasmina Založnik. Poligon has served as the material script for the performance, as well as an active, performative social space. It broadens the concept of stage as understood conventionally, and exposes the issue of participation in contemporary art within the current social-political moment. Moving through the premises of Poligon, following the instructions, the public, who are at the same time the performer, come across a series of visual, sonorous, architectural and conceptual challenges and tasks addressing their movement through space and dictating the length of the event.