The fourth edition of CoFestival will again take place at various locations in Ljubljana. This year, the international dance festival revolves around the themes of Dance and Resistance. It also provides meaning for the Community, referring to the unstructured condition in which all members of a community share a common experience, usually through the rite of passage.

Rok Vevar’s exhibition project, Ksenija Hribar From LCDT To PTL, will also be on display during the festival. 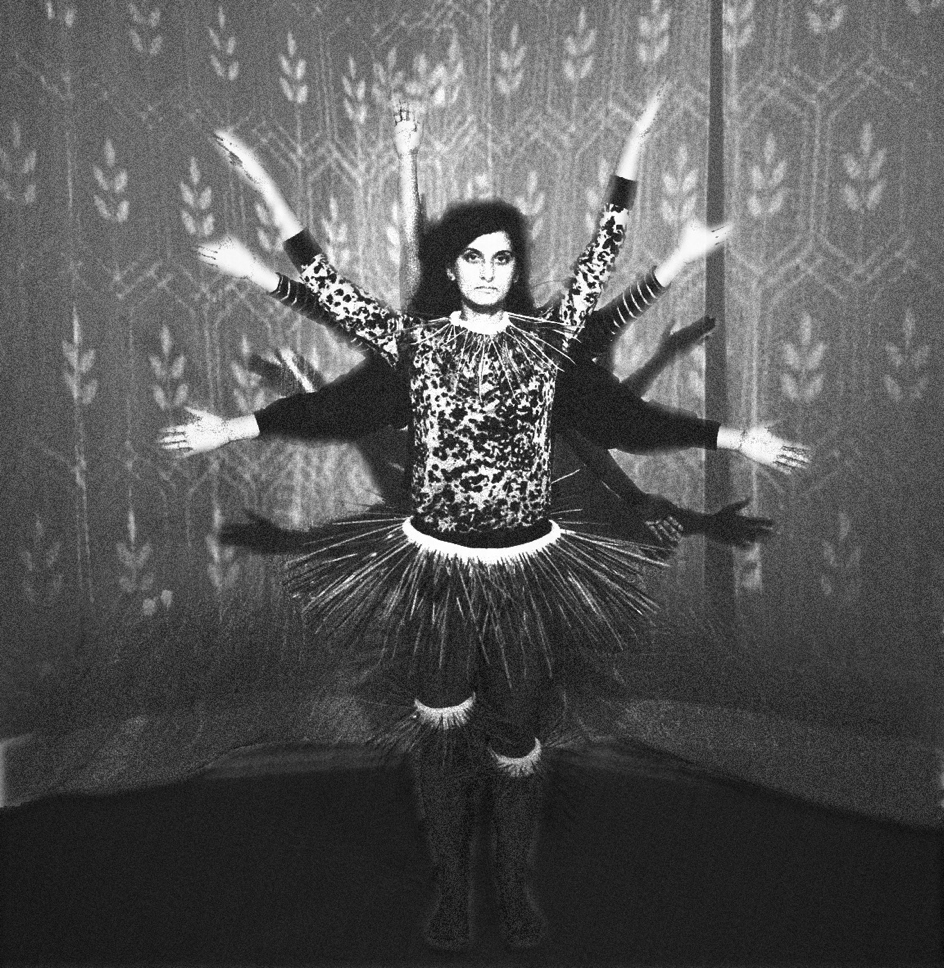 In case you thought it’s over: a few memories of our Co-living at CoFestival 2015. Enjoy and share them.

Sorry, this entry is only available in Slovenian.

Kino Šiška has become a member of EDN (European Dancehouse Network) – network of trust and collaboration between 35 European dancehouses from 22 countries sharing a common vision regarding the development of dance art across borders. Our main aim is to cooperate in securing a sustainable future for the dance sector and to improve relevance for diverse dance among society.

Dancehouses have facilities for dance production, research and presentation, supporting systems for professional choreographers and dancers and have a public mandate under independent artistic management. Parallel to an ongoing annual programme they organize activities for learning and participation and regularly engage in dance and similar fields both locally and internationally.

Since its foundation in 2009, EDN has been an umbrella for different cooperation projects such as modul-dance, EVDH – European Video Dance Heritage, Léim, Communicating Dance, Chin-A-moves, Kore-A-moves and Dance Dialogues Africa, some of them possible thanks to the support of European Culture Programmes. Maintaining individualities and differences and working horizontally in methods and practice, all the members collaboarte to promote the idea of a diverse Europe, secure a sustainable future for the dance sector and strengthen its relevance.

M & D: Good evening and welcome to the opening of a new edition of CoFestival.

D: …To the opening of the festival that we made with a hundred euros.

M: …You must have misread this. Are you trying to say: the festival that we made with a million euros?

D:   Mitja, you know very well that the CoFestival budget is just over a hundred, and that it would be best to leave this issue to Bojana and Ivana to show us in their event How to Make a Festival with a Hundred and a Million euros.

D: This year’s contemporary dance festival, featuring a hundred and one artists, brings a wide range of art events taking place in different venues around Ljubljana up until 6 December.

M: Our cooperations are opening up the space to various art practices reflected in contemporary dance one way or the other. We are bringing international productions, choreography workshops, presentations, debates and film afternoons.

D: The Festival is establishing a shared space and promoting mutual assistance.
It is the result of combined art and production efforts by Kino Šiška and Nomad Dance Academy as well as cooperation with local and foreign partners.

M: The Art of Co-living remains the slogan, or, better to say, the recipe for the festival. Due to its programme it is positioned at the crossover of the society and arts, which we see as an actual step towards co-living.

D: Never before have humanity and art been so alienated from their essence. We are sometimes being persuaded that the world lacks sufficient resources, lacks sufficient space for all of us. I believe, however, it is all a matter of organisation and distribution of resources. And it is because of this that general human and artistic Co-living have grown and intensified in importance.

M: Alongside the technological knowhow and media progress, the control mechanisms also labelled the culture of fear are also on the rise. Lately they have reached an immense and gruesome growth in line with various stimulated events, such as the financial crisis and austerity measures, insecure future, predicted epidemics, terrorism as well as the refugee issue.

D: Rather than change, we fear the control of people and the uncontrollable spread of the culture of fear. I can no longer separate my work from myself, and my own ideas from ideas of my colleagues, therefore I need the space of co-living to learn and change myself. Why would anyone want to be more and more like themselves!?

To us, Co-living is a platform to train respectfulness and equivalence.

M: We need Co-living based on social tolerance, acceptance of difference, and multiculturalism.
We should not strip ourselves of the right to the will to change, and we should not agree to manipulate art in the interest of the culture of fear. Humanity and art require fighters for change and artists for difference.

D: Let us make Co-living a challenge and an opportunity for us and for art.

M: As you know, it’s not only about children, it is about all of us.

D: We all are a diverse and equal family.

At 19pm we kindly intive you to Kino Šiška for the documentary performance about life of the female performers in Serbia (Ballerinas) and to Puppet Theatre Ljubljana – Šentjakob’s stage for the dance Evening With Mary Wigman. The show will be followed by discussion with author of the performance, choreographer and dancer – Fabian Barba.

This year’s edition of CoFestival again features a selection of very different artistic approaches, which intervene into our gaze, pushing us into collective reflection of imaginary figures, which constitute and produce the society.

The events that we are presenting are inscribed each in its own way into the topic of co-living, and by doing so they create a platform for new aesthetics. This is our basis  to question vulnerability of naked bodies free of ideology and provocation (Doris Uhlich: More Than Naked), the position of marginalized groups in our society (Per.Art: Prazen glas; Igor Koruga: Exposé), the position of gracious and often silent ballet dancers (Forum za novi ples in Minja Bogavac: Balerine); we are exploring improvisation as a tool, as a procedure and as staging (workshop and performance Andrew Morrish: Oh Well Part 5; Aleksandra Janeva Imfeld: Move-r); we approach archiving as an artistic process (Fabián Barba: Plesni večer Mary Wigman) in relation to archiving of artistic processes (Nomad Dance Institute: Archiving Choerographic Stances in the Region and a Workshop with Daniela Hahn; Presentation of Maska – Performing Arts Journal: Documents & Performance (Nos 172–174)). We are rethinking the format of festivals as an immediate self-critique and potential for a different kind of collaborations (Ivana Vaseva and Biljana Tanurovska – Kjulavkovski: How to Make a Festival with 100 and 1.000.000 euros). And we should also mention artists, as their vulnerable position can also be similarly marginal, ousted or bent, which is particularly visible after a certain time has passed and when topical social issues are being discussed. The festival will therefore conclude with a film screening afternoon (Nicholas Kaufmann, Wilhelm Prager: Wege zu Kraft und Schönheit – Ein Film über Körperkultur; Stefano Liberti, Andrea Segre: Closed Sea), intended to trigger debate and discuss with the audience the potential open relations and connections, as well as the position of our own existence.

In all these ways we are further opening the positions, in which aesthetics is being constituted rather than given. We seek to open this festival as the space of meeting and the possibility of coexistence of various political stances, rather than only the infantile amazement with “perfect bodies” and dance techniques.

The team of CoFestival, Kino Šiška and Nomad Dance Academy Slovenija with our partners present this year’s CoFestival as a crossover of the society and arts and as a possible actual step towards co-living.

We are thrilled to inform you that tickets for CoFestival events are already availabe in advance sales at Eventim.si and Eventim ticket outlets.